A three-day gastronomic adventure that will highlight distinct aspects of food culture in Southern California.

For full info on Night Market, go to the Food Bowl website. 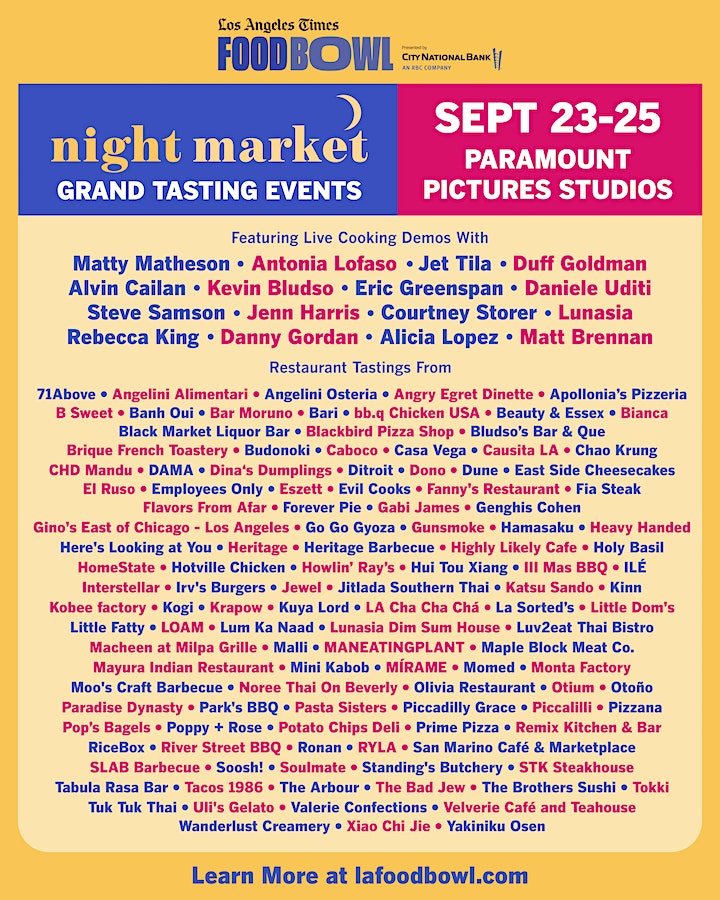 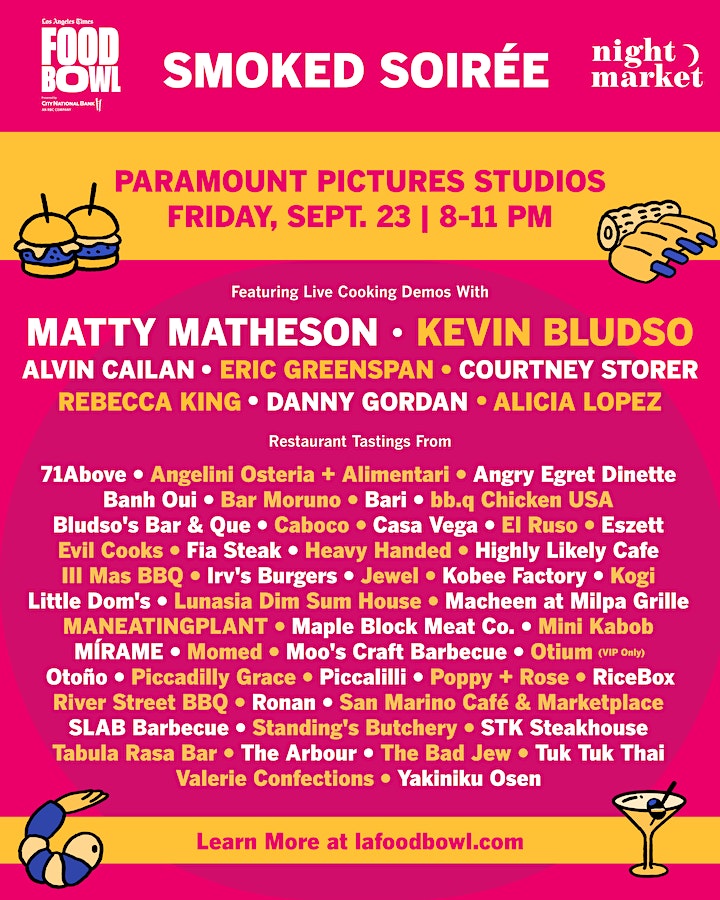 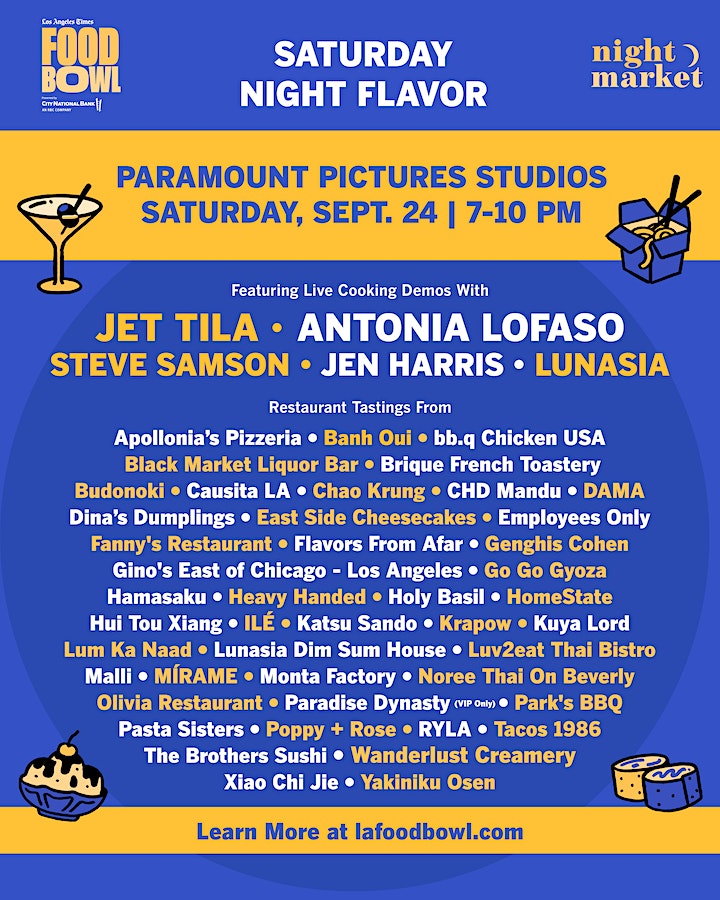 From Thai Town to Little Ethiopia, Fairfax to the San Gabriel Valley, the diverse flavors of L.A. are the heartbeat of our city. For one night only, sample a smorgasbord of global cuisines for an experience that is quintessentially L.A. Be sure to keep an eye out for L.A. Times food columnist Jenn Harris, who will curate a selection of dumplings from her new series “The Bucket List: Dumplings” featuring dumplings from CHD Mandu, Go Go Gyoza, Hui Tou Xiang, Lunasia Dim Sum House, Monta Factory, Paradise Dynasty(VIP Only), and more!

The Gold Standard for Authentic Thai Cuisine with Jet Tila: A regular on the Food Network television channel, chef Jet Tila will demonstrate recipes from his showstopping collection of must-try Thai dishes, sharing the world of his Thai heritage for today’s home cooks with recipes that are authentic, accessible and ultra-craveable.

Dumpling 101 with Steve Samson & Lunasia, hosted by Jenn Harris: Learn to how to make Dim Sum from Lunasia and Tortellini from Steve Samson of Rossoblu